Over 100,000 people are expected to participate in a cleanup day in Kosovo tomorrow, on the 22nd of May. The very same day, tens of thousands in Albania will attend a big coastal cleanup to address the state of water bodies and especially the Adriatic Sea and the Mediterranean Sea.

The cleanups are a part of the global civic movement Lets Do It! World Cleanup 2015, which aims to solve the illegal dumping problem on a local and global level both short and long term by engaging a large part of the society in the cleanup activity on an action day, raising the issues related to illegal dumping and engaging both experts, political and local leaders to find more sustainable systemic solutions. 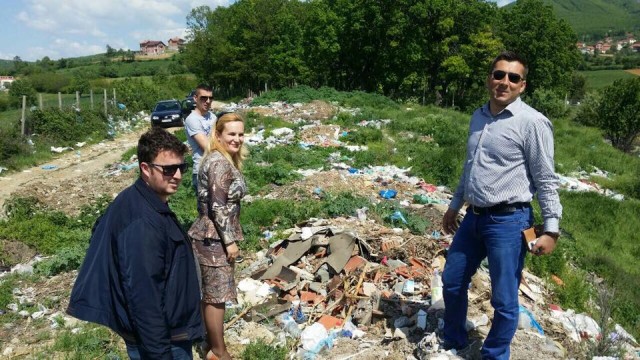 Lets Do It! is a massive civic led cooperation project, which focuses on positive action taking, instead of blaming and finger pointing. Since the birth of the global action in 2012, millions have joined for massive one day cleanup actions. The model of Lets Do It! differs from several other cleanup actions because it is focusing on cleaning up the entire country in just one day. For this, extensive cooperation between authorities, civic leaders, businesses, the media and the citizens must be facilitated by the initiators.

Kosovo, which declared independence from Serbia in 2008, and Albania have shown impressive results in civic activism in the Balkans. Both countries boast large numbers of active volunteers in previous years actions: in 2013, 132,000 in Kosovo, and in Albania, 147,000 people came out voluntarily to clean up their countries from illegal waste.

This year, as a partner of civic initiative Lets Do It! Mediterranean, Albania is focusing on a huge coastal cleanup aiming to address the litter situation of the Adriatic Sea and the Mediterranean Sea. The Mediterranean Sea is surrounded by dense human population and accounts for about30% of all the worlds tourists as more than 220 million tourists visit the region each year. Although the disposal of garbage in the Mediterranean Sea has been prohibited since 2009, 80% of urban sewage discharged into the sea is untreated. Some 250 billion microscopic pieces of plastic are floating in the Mediterranean and in certain places the volume of micro plastic in the water exceeds that of plankton. Albania will hold its nation-wide massive cleanup action on the 20th of November.

The teams in Kosovo and Albania decided to organise the action together, as a sign of solidarity with each other. The focus of this years action in Kosovo is to tackle illegal landfills, hopefully with the help of more than 100,000 volunteers. We have mapped around 600 illegal dumps all over the country. Our aim is to get rid of at least half of them and turn those cleaned areas into greenery and parks, Adem Ramadani, Public Relations representative for Lets Do It! Kosova explains.

Kosovo has more than 200 NGOs on board for the cleanup day. This year, the Lets Do It! activists also work together with the construction companies to help with cleaning up construction waste, but Ramadani stresses that most of the waste discarded into the nature of Kosovo is still mainly household waste. This is why the team organises various environment-related informational campaigns throughout the year.

The Lets Do It! movement began in Estonia in 2008 when 50,000 people came together and cleaned up their entire country in five hours, removing 10,000 tonnes of waste. Today, Lets Do It! is a global network of 112 countries, having engaged over 12 million participants.